Due to Covid-19, the sharp fall in passenger demand resulted in a 40% year-on-year decline in revenues to W7.4 trillion, the flag carrier said today in a statement discussing its tentative financial results that were disclosed at a same-day board meeting. 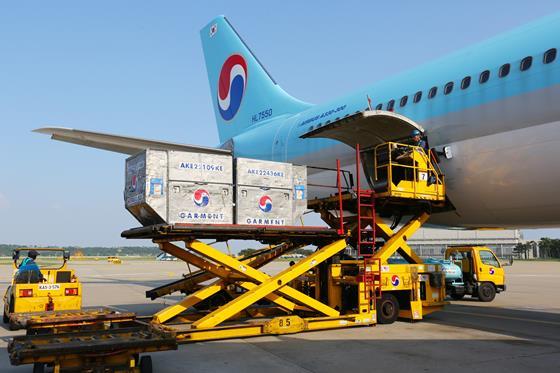 Korean Air reported a full-year operating profit, on the back of a strong cargo business and company-wide cost cutting efforts.

Total operating expenses were down 40% year-on-year, reflecting the significant reduction in passenger capacity – passenger revenues plummeted 74% – as well as falling oil prices. Other operating costs such as facility fees and labour costs were likewise reduced.

On the other hand, cargo sales increased 66%, supported by a 25% increase in freighter operations year-on-year and all 23 aircraft in its fleet being fully utilised, as well as the deployment of idle passenger capacity.

Korean Air notes there was an increase in demand for Covid-19 diagnostic kits and automobile parts, while some cargo demand shifted from sea to air freight.

The airline ended the year W228.1 billion in the red, which it attributed to net interest expense, narrowed from 2019’s W568.7 billion net loss.

During 2020, Korean Air raised W1.1 trillion worth of capital by issuing new shares and from completing the sale of its in-flight catering and duty-free business units at W981.7 billion.

It has also been looking to liquidate non-core assets. This includes the sale of subsidiaries KAL Limousine and Wangsan Leisure Development, which are being finalised; selling shares in Hanjin International Corp, which operates the Wilshire Grand Centre in Los Angeles; and the sale of property in downtown Seoul to the Seoul metropolitan government.

Citing IATA forecasts for 2021 passenger demand to remain at 50% of pre-pandemic levels while air cargo demand will be around 2019 levels, Korean Air says that amid prolonged market uncertainties, it will continue self-rescue efforts to improve financial stability.

The airline plans to issue in March new shares worth W3.3 trillion, both for liquidity purposes and the Asiana acquisition. Korean Air adds that it will, as planned, carry out a post-merger integration of Asiana.

The flag carrier says of the acquisition: “Despite the crisis the airline industry is facing, Korean Air’s decision to acquire Asiana was inevitable to enhance the market’s competitiveness and minimise the injection of public funds.”

In 2021, Korean Air employees will continue taking voluntary leave on a rotational basis, as they have been doing since April 2020.

The airline expects its passenger network to recover slowly and says it will maintain capacity at current levels until the end of 2021, “when the market indicates meaningful recovery with the Covid-19 vaccine”.

It plans to strengthen its cargo business by keeping freight capacity flexible while proactively responding to market changes.

The carrier states: “With a task force of specialists in cargo sales and specialised cargo transport, Korean Air has prepared for vaccine transportation that’s expected to grow sharply starting the second half of the year when vaccines become widely available.”