Lockheed Martin’s board of directors has elected its president and chief executive James Taiclet to an additional role, chairman of the board, starting 1 March.

Lockheed Martin’s board of directors has elected its president and chief executive James Taiclet to an additional role, chairman of the board, starting 1 March.

Former chief executive and current executive chairman Marillyn Hewson plans to retire from the board, the company says on 29 January. Hewson stepped down from her former role as chief executive in June 2020. 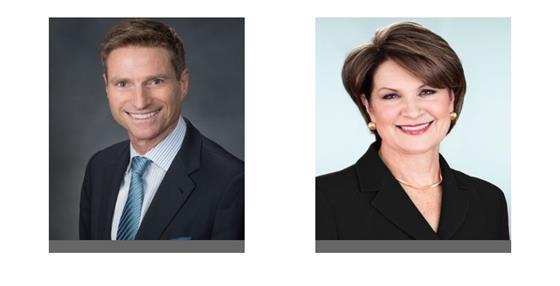 “Marillyn provided leadership that helped us to implement a smooth and successful transition,” Taiclet said. “As a result, we were able to accomplish strong financial and operational performance in 2020 and shape a vision for how we will support our nation and allies to meet the heightened threats of the 21st century.”

Hewson plans to be a strategic advisor to Taiclet through 28 February 2022, the company says.

Prior to joining Lockheed Martin, Taiclet’s resume includes time in the telecommunications and aerospace industries, as well as a time as a pilot with the US Air Force. He led mobile phone broadcast tower company American Tower Corporation from 2003 to 2020.

The aeronautics division of Lockheed Martin manufactures and provides supports services for the F-35, F-22 and F-16 fighters as well as the C-130 transport. It also contains the company’s top-secret Advanced Development Programs, known popularly as Skunk Works.