Military investigators have signalled that haste was a contributing element to a Bombardier E-11A crew’s incorrectly identifying a failed engine and, in response, mistakenly shutting down the functioning one.

The E-11A, a US Air Force version of the Global 6000 executive jet, crashed some 21nm short of the Sharana forward operating base, Afghanistan, on 27 January last year. Neither pilot survived.

USAF accident investigators compared the pilots’ response to the catastrophic left engine failure with that of a civilian Global Express XRS crew’s following an identical incident in 2006.

The XRS’s captain had mentioned severe airframe vibrations – sufficient to make the pilots wonder if they had been involved in a mid-air collision – and he could not determine, from sensations alone, which engine had failed.

Crucially the pilots took between 1min and 2min to determine which of the two powerplants had suffered the failure by conducting a specific check of the engine indications.

“The same pilots’ testimony demonstrates that auditory and sensory cues would have been significant and distracting,” the USAF inquiry states. 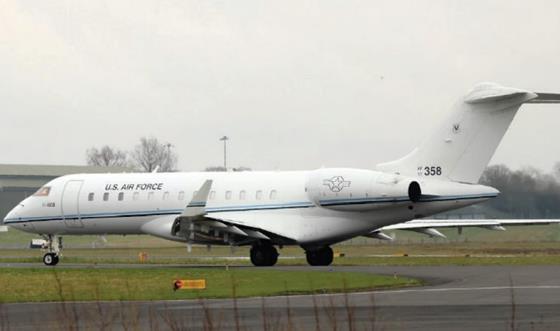 UK investigators probing the wrong-engine shutdown which preceded the January 1989 crash of a British Midland Boeing 737-400 found the order to throttle back the functioning powerplant came just 19s after vibrations were detected in the other engine.

That inquiry indicated the crew had acted hastily, against their training, with their rapid response precluding a correct diagnosis.

USAF investigators found the E-11A pilots executed the wrong engine shutdown in a similar timeframe, just 24s after a fan-blade separation in the left engine.

Evidence from the flight-data recorder indicates the crew retarded both thrust levers within 10s, possibly to reduce vibration, before splitting them, bringing the right-hand lever to idle but advancing the left-hand lever.

Such movement of the levers “could not have been used reliably to assess engine response”, says the inquiry, but it acknowledges that the combination of vibration, sensations, and startle effect might have spurred the pilots into an immediate reaction to avoid potential serious aircraft damage.

Although the flight-data recorder stopped functioning 37s after the engine failure, it captured the right engine run switch being turned ‘off’ after 24s – consistent with engine shutdown procedures – while the left engine run switch was left on.

The inquiry says the timing of the lever movements suggest a “decision was made and analysis effective ended” as early as 20s into the incident.

“It is likely the [crew’s] first actions, including the shutdown, were hastened by a sense of urgency due to [aircraft] vibrations and other auditory [or] sensory cues, reinforced by the startle response,” it adds.

As designed, the full-authority digital engine control had automatically shut off the damaged powerplant as soon as the fan-blade was lost. The crew alerting system display would have generated several related messages, but the inquiry says these “did not directly indicate” that the left engine had failed.

“If observed, this erratic display may have been interpreted as a faulty reading, rather than the consequence of engine and sensor damage,” the inquiry states. The right-hand engine readings were normal.

Investigators estimate that a ‘dual engine out’ warning would have appeared on the crew alerting display some 45s after the right engine was erroneously shut down.

Although crew alerting messages “may have been limited at first”, the inquiry says, the remaining engine instruments would have indicated that they were “coincident” with a left engine shutdown – and that other evidence would have “made this clear” within about 1min of the engine’s failure.