The US Navy cleared its Next Generation Jammer Low Band (NGJ-LB) programme to enter the engineering and manufacturing development (EMD) acquisition phase on 8 December.

The US Navy cleared its Next Generation Jammer Low Band (NGJ-LB) programme to enter the engineering and manufacturing development (EMD) acquisition phase on 8 December.

The decision by James Geurts, assistant secretary of the USN for research, development and acquisition, signals the programme will soon choose a contractor to develop the low-band jammer. The service has been testing proposed hardware from L3Harris and Northrop Grumman. 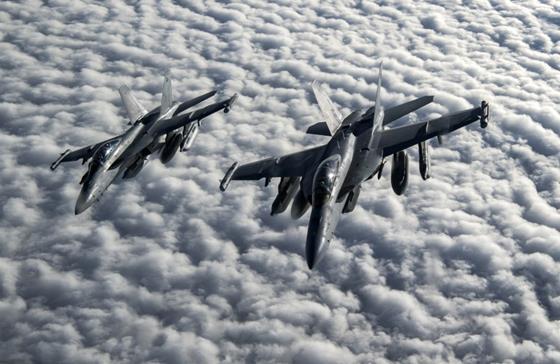 The programme is “currently in source-selection to choose an EMD prime contractor to develop the NGJ-LB operational prototypes,” says the USN. “The contract award is slated for late 2020.”

The company that wins the contract will then refine its design in the EMD phase through further development and testing. After developmental issues are resolved, that design would eventually go into production.

The NGJ-LB programme is a joint effort between the USN and the Australian Ministry of Defence, which signed an agreement in July 2020 to share costs.

The NGJ-LB is contained inside a pod and carried under Boeing EA-18G Growlers’ centreline or wing. It is intended to disrupt, deny, degrade and deceive enemy air defences, such as radar-guided surface-to-air missiles, and ground-based communication systems that operate on lower radio frequencies, says the USN.

Lower frequency radars have been shown to be more capable of detecting stealth aircraft, such as the Lockheed Martin F-35. Jamming those radars is necessary so that stealth aircraft can cross into enemy airspace and perform air strikes.

The low-band jamming pod is a partial replacement to the ALQ-99 Tactical Jamming System that is currently used on the EA-18G electronic attack aircraft operated by the USN and Australia.