The low rate initial production lot four contract is worth about $550 million to Sikorsky.

The low rate initial production lot four contract is worth about $550 million to Sikorsky, says Naval Air Systems Command (NAVAIR) on 27 October. The six helicopters are scheduled to be delivered in early 2024. 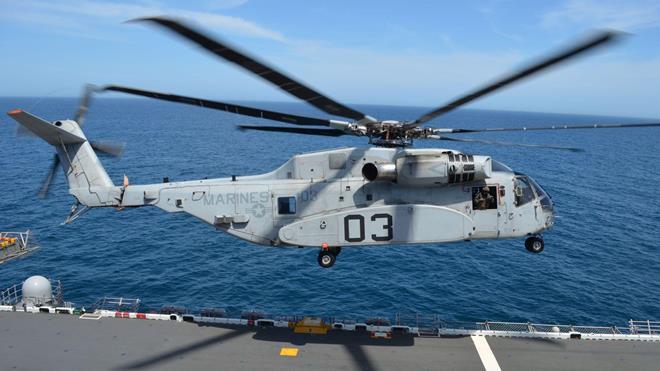 The USMC has a 200-example programme of record for the CH-53K. So far, 24 helicopters have been put on contract.

“To that end, the Marine Corps is in the process of accepting the first operational test aircraft configured for initial operational capability,” says the service. “It will be used for initial CH-53K operator and maintenance training in support of the CH-53K, and along with three other aircraft to be delivered early next year, will support the execution of IOT&E.”

The signing of another contract with the USMC is surely welcomed news for Sikorsky after the service previewed plans in March to cut one Sikorsky CH-53E Super Stallion heavy lift squadron, a reduction in force structure which would likely cause it to buy about one-third fewer Sikorsky CH-53Ks. The King Stallion is intended to replace the Super Stallion.