Airbus’s A330 has become the first of the European airframer’s twin-aisle aircraft to reach 1,500 deliveries, a mark only previously achieved by two Boeing widebody models.

Fifty-eight A330s have been delivered to government or executive operators, with nearly 50 submitted for military tanker conversion. 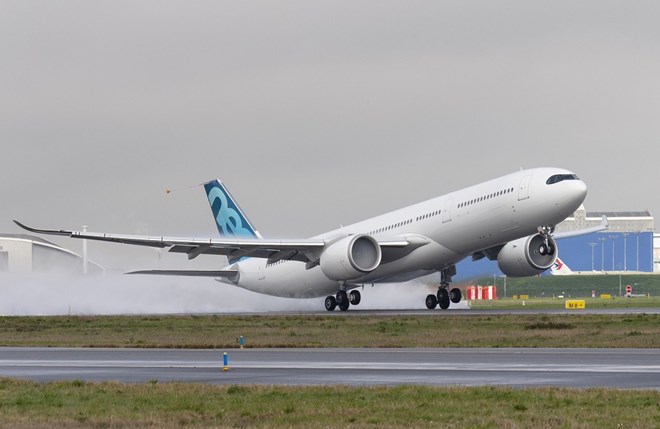 Airbus has also separately manufactured three modified A330-700L aircraft, better known as the BelugaXL transports, for its internal logistics arm. The third of these is to be “delivered soon”, says the airframer.

Rolls-Royce’s Trent 700 engine has been the dominant powerplant on the earlier A330 variants, while its Trent 7000 is the exclusive engine on the A330neo.

Airbus says it intends to start delivering the first A330-800s, the latest version of the twinjet and the smaller variant of the A330neo, in “the coming weeks”.

The airframer says the landmark delivery illustrates the “enduring qualities” of the twinjet’s original design, combined with subsequent enhancements and modifications to refine the aircraft’s aerodynamic and payload capabilities, fuel efficiency and interior configuration.

“It was Airbus’ first long-range aircraft and the first programme to have an integrated final assembly facility with the [assembly line], the paint shop and cabin furnishing in the same place,” it adds.

While monthly production has been trimmed to just two aircraft, as a result of the air transport downturn, Airbus still has over 300 A330s in its backlog, having secured orders for 1,818 aircraft.