The coronavirus crisis is an opportunity to address the “poor” gender imbalance among workers in the air transport industry, according the European Commissioner for Transport, Adina Valean.

The coronavirus crisis is an opportunity to address the “poor” gender imbalance among workers in the air transport industry, according to European commissioner for transport Adina Valean.

Speaking at the International Aviation Women’s Association annual conference on 14 October, Valean noted that “gender balance is not an objective in itself”.

Rather, she cites research showing that “a lack of diversity in the workplace leads to other problems such as harassment, bullying or depression”, while more-balanced workplaces bring “major benefits to society, the economy, the environment, and the companies themselves, enabling them to perform better”.

That is crucial, because “we need, more than ever, as many brilliant minds around the table as possible”, Valean states in reference to the air transport sector’s current predicament. 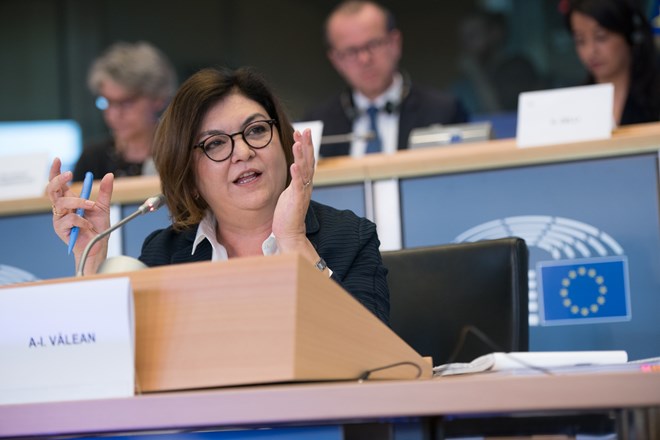 Valean says change cannot just be driven from the top

At face value, air transport performs better in terms of gender balance than the wider transport sector, Valean observes, with 40% of employees being women compared with 20% in the wider industry.

This, however, “hides differences between occupations”, she explains, highlighting the fact that fewer than 5% of pilots are women.

“Stereotypes are tenacious, and have certainly contributed to the imbalance between the number of women working as cabin crew and those working as pilots,” Valean says. “Difficult working conditions, a lack of work-life balance, also play a role.

“Employers need to create a working environment that welcomes and protects all employees, no matter what their gender is. This will benefit all workers, as well as their employers.”

Valean notes that the issue is a “top priority” for the European Commission’s first female president, Ursula von der Leyen, who has set out a clear gender equality strategy.

“But change cannot be driven exclusively from the top and through regulatory intervention,” Valean cautions, adding that the Commission has put in place practical tools aimed at increasing the employment of women in the air transport sector.

Bodies including IATA and CANSO have already joined the ’Women in Transport – EU Platform for Change’ initiative, she states, while suggesting that airlines might also benefit from the practical help it provides.

“Challenges can act as a catalyst for change and innovation,” Valean concludes. “Let’s not waste this opportunity…to ensure a more diverse and equal workforce.”

FlightGlobal’s most recent survey of gender balance in airline C-suites shows just 13% of roles being taken by women.