Investigators have determined that incorrect distribution of passengers after a change of aircraft type led a Wizz Air UK Airbus A321 to take off outside of its centre-of-gravity envelope.

The aircraft’s crew experienced difficulties during 16 January departure from London Luton when, at the point of rotation, the A321 did not respond to normal side-stick input.

Analysis of the situation revealed that a 180-seat Airbus A320 had originally been scheduled to operate the flight. When the aircraft was switched to a larger 230-seat A321, the passenger distribution was not revised – resulting in all 157 passengers being seated in three forward cabins and none in the aft. 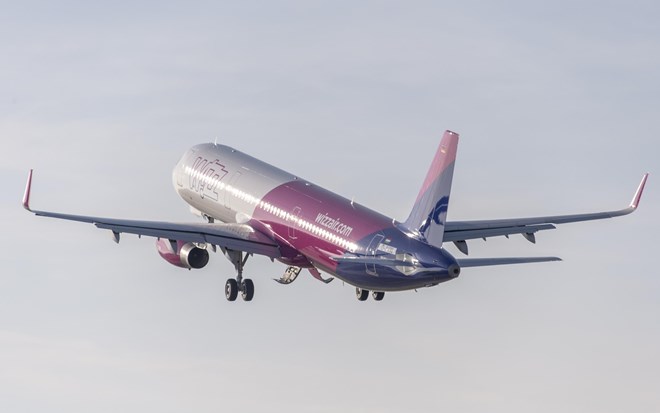 The UK Air Accidents Investigation Branch says the original A320 assignment was passed, on the day, to the operational handling department and passenger services department at Luton.

When the airline’s operational centre in Budapest later swapped the A320 to an A321, a technical problem prevented the message being sent. Although this omission was noticed, only the operational handling department at Luton was subsequently notified.

This department produced an updated, correctly-calculated load sheet for the A321, with the required passenger distribution across all four cabins. But the passenger services department, unaware of the aircraft change, did not revised the seat allocation and boarding.

The load and trim sheet, which gave the false impression that the aircraft was within centre-of-gravity limits, was passed to the pilots.

After the pilots encountered the rotation difficulty during take-off from runway 26, they missed the ‘positive climb’ call and the landing-gear remained extended until the A321 had reached 5,000ft.

During the service to Prague the crew was informed that there were no passengers in the aft cabin, which did not match the distribution on the load sheet. The crew did not realise the centre-of-gravity was outside limits and believed the delayed rotation had been caused by an incorrect horizontal stabiliser setting.

“Only at the top of the descent for the destination did it become apparent that the passengers had possibly been incorrectly distributed in the cabin,” says the inquiry.

No pitch abnormalities were experienced during the approach and landing at Prague, and none of the 164 occupants was injured.

After the arrival the captain recalculated the load and trim sheet using the original passenger seating allocation for the A320, transposed to the A321. This confirmed that the front-heavy passenger loading placed the aircraft outside of its permitted centre-of-gravity envelope.