Qatar Airways Group has turned in a pre-tax loss of QR6.96 billion ($1.9 billion) and a net loss of just over QR7 billion, for a financial year that concluded before the airline industry felt the broad impact of the coronavirus crisis.

The Doha-based carrier says that, at the end of the fiscal year on 31 March 2020, its accumulated losses had exceeded 50% of its share capital – requiring the convening of an extraordinary general meeting.

This was held on 24 September, during which the Qatari government provided an advance of QR7.3 billion to the company through an issue of 730 million shares.

While the coronavirus crisis has led to “significant operational restrictions” on the carrier, the company says that – based on the equity injection, the availability of external funding, and other measures taken – its management has prepared its accounts on a going-concern basis.

Qatar Airways Group generated passenger revenues of QR37 billion, up by nearly 9%, for the 2019-20 fiscal year, which ended about four weeks after Qatar’s government reported the first case of coronavirus in the Gulf state.

Cargo revenues for the period declined slightly to QR9.9 billion.

While the pandemic had only just started to affect air transport, Qatar Airways remained subject to a regional blockade by several Middle Eastern states during the year. 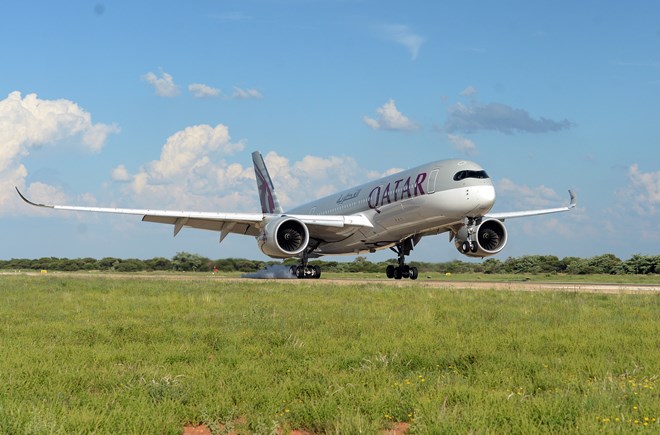 The carrier had a fleet of 265 aircraft at the close of the year, comprising 212 passenger models, 28 freighters and 25 executive jets.

At the time it had commitments for another 201 aircraft, with total capital commitments of QR208 billion for aircraft and engine purchase.

Qatar Airways Group says the year was “one of the most difficult” in its history, owing not only to the blockade but the liquidation of Air Italy in which the company had been a shareholder.

It claims that the group’s operating and net results would have improved on the previous year’s without the various exceptional items with which it has had to cope.

Group chief executive Akbar Al Baker says the company has remained “resilient”, with a cash balance of QR7.2 billion at the end of the fiscal year. The company had total assets of QR127 billion and liabilities of QR99 billion.

Qatar Airways Group says it has achieved “significant progress” with a three-year transformation plan, on which it had embarked before the coronavirus crisis.

“I have every confidence that the Qatar Airways Group will emerge stronger from this difficult period and continue to innovate and set the standards that our competitors can only hope to emulate,” says Al Baker.

Qatar Airways claims its network has never fallen below 30 destinations for the duration of the pandemic.

But the carrier has parked its fleet of Airbus A380s, having turned to its fleet of nearly 80 Airbus A350 and Boeing 787s to maintain long-haul connections.