French investigators have traced the serious engine failure involving an Air France Airbus A380 over Greenland to a phenomenon known as ‘cold dwell’ fatigue, which had caused a failure in a fan hub slot which houses the root of the fan blade.

The analysis by investigation authority BEA closes a particularly difficult inquiry which had involved a technically-challenging search for fan-hub components from the Engine Alliance GP7200 powerplant, buried in deep snow in remote Greenland, parts which were only recovered 21 months after the 30 September 2017 accident.

Before the retrieval of these crucial components, Engine Alliance had considered that – based on its in-service experience – tool damage from incorrect maintenance was the most likely scenario behind the failure. 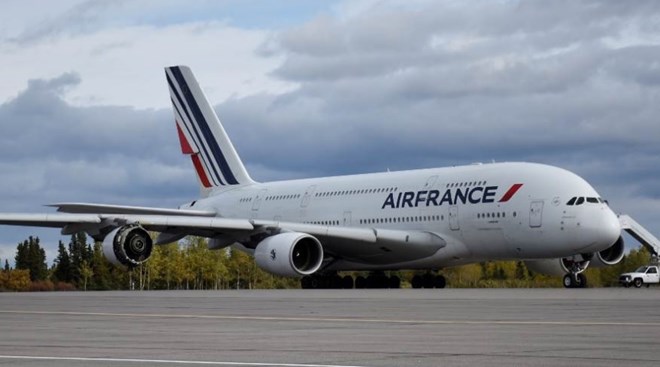 But the inspection of the recovered fan hub “invalidated” this maintenance-damage theory, says BEA, revealing instead that the uncontained failure originated in a macro-zone in the sub-surface of a blade slot.

The GP7200 has 24 blade slots in its fan hub, and the fatigue crack was located practically in the centre of slot 10.

BEA believes that a ‘cold dwell’ or ‘cold creep’ fatigue mechanism triggered the fracture. The fan hub is manufactured from a titanium-aluminium-vanadium alloy known as Ti-6-4. 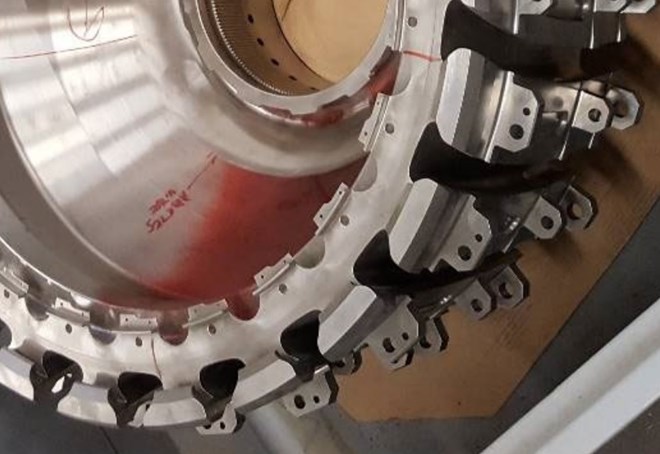 Titanium alloys are vulnerable to creep – a stress deformation – at relatively low temperatures, and the phenomenon has previously been linked to premature fan disk fractures in the 1970s. Dwell fatigue arises from maintained stresses during flight.

Several factors affect the sensitivity of titanium alloys to cold dwell fatigue, says the inquiry, but particular alloys such as Ti-6-4, owing to their chemical composition, were considered as having “little or no sensitivity” to the phenomenon at the time of the GP7200’s certification.

“This was in part due to the significant number of service hours logged by Ti-6-4 components without any incidents,” says the inquiry.

“Although there had been in-depth research into this phenomenon with respect to certain alloys, the mechanisms at the origin of the initiation of a cold dwell fatigue crack were still not completely understood.”

The inquiry estimates that the sub-surface crack was initiated at about 1,880 cycles, progressing over the course of some 1,650 subsequent cycles before the failure at about 3,500 cycles – about four times earlier than the 15,000-cycle minimum life for the component.

Metallurgical examination of the failure confirmed that no maintenance-induced damage was present when the crack started, and the inquiry points out that no scheduled maintenance action, at the time of the accident, would have detected the fatigue while it was still below the surface of the hub slot. 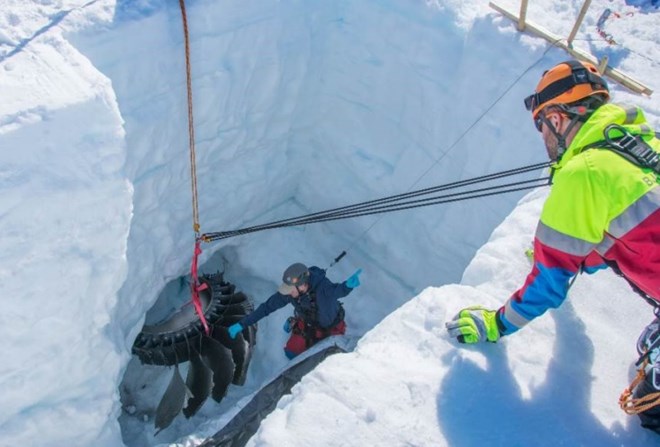 The failure of the right-hand outboard engine occurred during the aircraft’s cruise climb from 37,000ft to 38,000ft while en route to Los Angeles, without any precursor event.

BEA says the fan hub, as a result of the crack, separated into at least three parts. The central fragment of the hub stayed attached to the coupling shaft between the low-pressure compressor and turbine, but the two other fragments were ejected – one upwards, the other downwards.

These fragments struck the engine casing, destroying it and causing the entire air inlet to separate and fall to the ground.

Although debris hit the wing and airframe, the A380’s flight was unaffected, although the aircraft yawed some 3° to the right in the space of 3s and vibrations were felt in the airframe. The crew initially believed an engine surge had occurred.

The inquiry points out that the high-energy fragments’ direction was “random” and that, if they had been ejected laterally, the consequences might have been “catastrophic” should they have penetrated the fuselage or damaged the wing spar or flight-control surfaces.

“This failure was neither anticipated nor prevented by an operational or maintenance action,” it says, adding that neither the engine design nor the certification took into account the cold dwell phenomenon.

Examination showed the fatigue originated in a macro-zone of the alloy structure, in the vicinity of blade slot 10, where the orientation of the grains was “unfavourable” in relation to the maximum stress direction.

This macro-zone, says the inquiry, was “an order of magnitude larger and more intense” than the average micro-texture region observed by the manufacturer, both in other zones of the fan hub and in hubs created from the same alloy billet.

BEA says the “lack of knowledge” regarding cold dwell fatigue, combined with an absence of instructions from certification agencies about taking macro-zones into account with respect to the phenomenon, and an absence of non-destructive means to detect the presence of unusual macro-zones in titanium alloys, contributed to the accident.

“Certification bodies and engine manufacturers are currently considering how to better understand the cold dwell fatigue phenomenon and take it into account in the design of future engines,” says BEA.

None of the 497 passengers and 24 crew members on board flight AF066 from Paris Charles de Gaulle was injured. The aircraft diverted to Goose Bay airport in Canada, landing almost 2h after the failure.