SkyWest Airlines reported a $26 million loss in the coronavirus-marked second quarter as demand slumped and the airline significantly reduced its network.

SkyWest Airlines reported a $26 million loss in the coronavirus-marked second quarter as demand slumped and the airline significantly reduced its network.

Operating revenue was $350 million, down from $744 million in the same period one year ago, the airline tells analysts on its quarterly earnings call.

“Covid-19 continues to cause unprecedented disruption across the airline industry,” SkyWest chief executive Chip Childs says on 30 July. “Undoubtedly the next few months will be turbulent.” 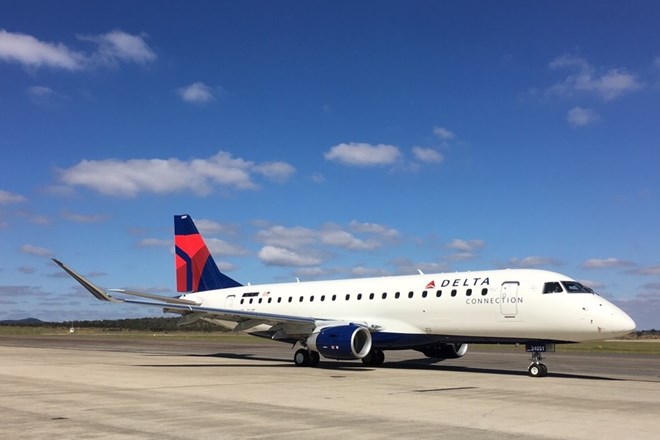 SkyWest to add Embraer E175s to its fleet

The St George, Utah-based regional carrier, which operates flights through codeshare arrangements with American Airlines, Delta Air Lines, United Airlines and Alaska Airlines, had 471 aircraft at the end of the second quarter, down from 484 at the end of the first quarter. It expects to shrink further to 450 aircraft by the end of 2020.

Chief operations officer Wade Steel says the coronavirus crisis accelerated the carrier’s fleet replacement programme, as it moves more toward Embraer 175 regional jets. By mid-2022, the airline will have 213 of the type in service, up from 156 at the end of 2019, he says.

Fleet utilisation in the three months ending in June was about one-third of 2019 levels, Childs adds. Whereas in a normal quarter the airline would fly about 2,600 daily departures, in May it flew 800, in June 900 and in July 1,300. He adds that the company expects departures to “lightly flatten or drop off” in the autumn months.

About 4,000 of the company’s pre-coronavirus workforce of about 14,000 have taken leaves of absence or early retirements, helping the company reduce cash burn as passengers stay away.

Daily cash burn at the end of the quarter was about $1 million, but executives expect it will decline to about $500,000 daily by the end of the year, chief financial officer Rob Simmons says.

However, Childs says that since it will be some time before demand fully bounces back, “we will likely need to streamline and resize our airline before year-end”.

“We have to stand ready to do what our partners need us to do,” Childs says, adding that the airline expects to “emerge very, very strong when domestic demand returns”.

SkyWest was approved for a $337 million payroll support grant and a $101 million 10-year, low-interest unsecured loan from the US Department of the Treasury as part of the CARES Act. During the second quarter, it received $307 million of the payroll support, the airline says.