Czech investigators have revealed that a Boeing 737-800 captain misled air traffic control over a serious engine failure and ignored the first officer’s urging a diversion, in order to press on to Prague, the flight’s original destination.

About 20min after take-off, as the aircraft reached 36,000ft, its left-hand CFM International CFM56 engine began to lose power and flamed out.

The first officer, who was flying, knew the aircraft needed to reduce altitude quickly and sought assistance from the captain to advise air traffic control.

But rather than making a ‘pan pan’ urgency call, the captain delayed communicating and then merely informed controllers of a “technical problem”. The aircraft remained at 36,000ft – its airspeed declining to 226kt – for about 2min before it commenced a descent to 24,000ft.

As the 737 descended its airspeed increased to the 310kt needed to attempt a windmill restart of the engine, but this was unsuccessful. About 10min later a second restart attempt was performed using cross-bled compressed air.

While the crew reported the shutdown of the engine to its operations control, the captain did not advise any air traffic centre of the engine failure – leaving controllers unaware that the 737 was proceeding to Prague at 24,000ft on just one engine. 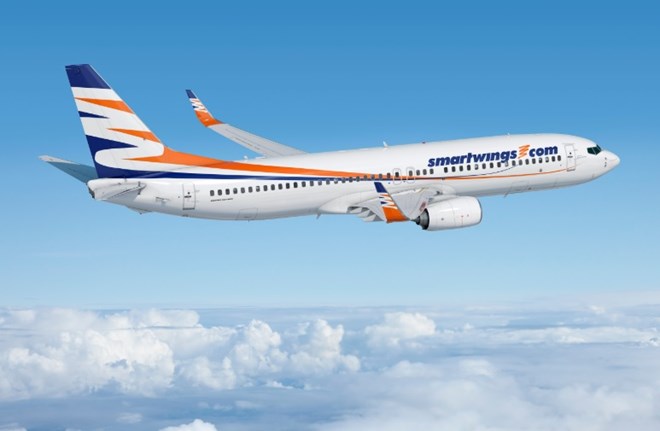 The jet passed through the airspace of Greece, North Macedonia, Serbia, Hungary and Austria before entering the Prague flight information region, at which point the crew transmitted a ‘pan pan’ urgency call, notifying controllers of the single-engined operation, and seeking a “short-cut” to land.

UZPLN found the crew had planned to avoid refuelling in Samos, by carrying sufficient fuel for the return trip to Prague.

The aircraft had 9,460kg of fuel on board after landing at Samos, and the on-board systems indicated that 9,217kg was required for the return.

But the engine failure and the lower altitude affected the fuel calculations. The inquiry says the captain “did not perform” the proper performance calculation to determine single-engine cruise altitude capability, which should have given a level of 22,000ft.

When the 737 landed at Prague it had 2,435kg of fuel on board, just 23kg above the reserve fuel figure. The inquiry states that, with such a small difference, the captain could not have been sure that the jet would not have been burning reserve fuel – the sum of the alternate and final reserve – by the time it reached Prague.

The investigation catalogues several hazardous decisions by the captain, stating that he “concealed” the engine failure to several air traffic centres and “ignored” rules to transmit a ‘pan pan’ urgency message which would have enabled controllers to resolve possible traffic conflicts in an area of airspace where reduced vertical separation minima applied.

UZPLN describes a toxic cockpit atmosphere. The highly-experienced captain, with over 8,000h on type, failed to follow cockpit resource management principles to solve the problem. He did not discuss safety issues of the situation with the first officer, who had nearly 2,500h on 737s, but instead used the steep authority gradient to push through his poor decisions.

The captain’s behaviour contrasts with that of the first officer who, according to the inquiry, believed the continuation to Prague was “illogical” and “repeatedly” tried to highlight the requirement to land at the nearest suitable airport, maintained situational awareness, and cross-checked procedures – despite the captain’s performing them “unusually fast”.

But he was flying the aircraft under an “enormous” power gradient, it adds, given that the captain held flight instructor and examiner qualifications, and had a senior position with the airline.

“[The first officer] did not contradict the [captain’s] decision to proceed to [Prague] over concerns that this would worsen the crew co-operation necessary to complete the flight,” the inquiry states.

UZPLN has tried to explain the captain’s extraordinary deviation from the safety regulations, given his experience and knowledge, stating that his actions during the flight were “difficult to understand”.

The inquiry could not prove that the airline’s management culture influenced the captain’s decision-making, nor that the captain was affected by economic considerations that arose from the engine failure.

“It is therefore not possible to rationally conclude why the [captain] had a [conflict] between complying with established obligations…and his personal decision to continue, with one non-functioning engine, to the destination,” it adds.

The captain defended his thinking to the inquiry, testifying that he believed his flight experience had been broad enough to assess all the risks associated with his decisions.

He added that Prague was effectively designated as an alternate, and that Budapest would serve as an alternate to Prague. The captain said that Thessaloniki and Belgrade were ruled out as diversions, and Vienna was discounted owing to traffic.

Cockpit-voice recordings were unavailable to the investigation, as the data was not downloaded.

Investigators also point out a number of other shortfalls during the flight, including a failure to comply with a safety bulletin regarding engine settings before departing Samos.

None of the 170 passengers and six crew members was injured during the event. The aircraft involved was OK-TVO.