Why the F-35 is a good deal judging by cost-per-effect: think tank

Fifth-generation aircraft, such as the Lockheed Martin F-35, Lockheed Martin F-22 and Northrop Grumman B-21, deliver much more bang for the buck then current measurement systems show, says the Mitchell Institute.

Some reports focus on the stealth fighter’s dozens of persistent deficiencies, such as danger to the fifth-generation fighter from lightning strikes and problems sustaining supersonic flight without damaging its stealth coating. 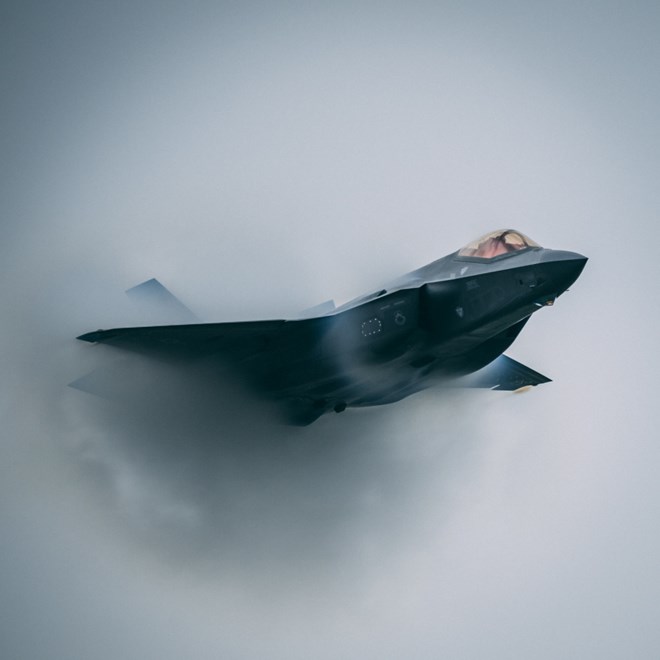 Other articles focus on the aircraft’s operating expense. The cheapest of the three Joint Strike Fighter variants, the conventional take-off and landing variant, the F-35A, costs a mere $44,000 per flight hour.

When it comes to operating expense, however, think tank Mitchell Institute argues that flight-hour costs are a red herring. A better way to judge F-35 expenses is by cost-per-effect. In other words, how much does it cost an F-35 to destroy a target?

The think tank argues in a new paper that fifth-generation aircraft like F-35s, F-22 Raptors and Northrop Grumman B-21 Raiders deliver more bang for the buck than current measurement systems show. The paper, written by Mitchell Institute dean David Deptula and executive director Douglas Birkey, argues that the US Air Force should increase its proportion of stealthy aircraft on a cost-per-effect basis.

The think tank makes its point in a variety of ways, including showing that during the Gulf War far fewer Lockheed F-117A Nighthawk stealth attack aircraft were needed, versus conventional aircraft, to destroy targets in Iraq.

“On the first night of Operation Desert Storm, 20 F-117s struck 28 separate targets. Their stealth design gave them the ability to penetrate enemy air defences without the need to rely on a large number of escort aircraft to provide defensive support,” says the paper. “Moreover, precision strike technology allowed the F-117s to hit their targets with great lethality – they used one or two bombs per target.”

“These eight non-stealth strike assets required multiple escort aircraft to jam hostile air defence radars, suppress surface to-air missile threats and counter enemy fighters,” the paper says. “So, while each legacy, non-stealth strike aircraft was less expensive than a stealth F-117 from a unit cost perspective, the fact that it took so many of them and a large package of supporting aircraft to accomplish a single task realised exceedingly high operational costs.” 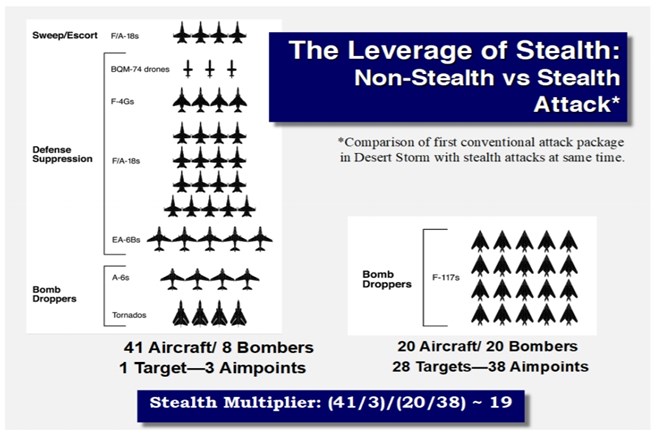 The think tank says the large upfront expense to buy B-21 stealth bombers – estimated to cost $564 million per aircraft in 2016 dollars – is also worthwhile. That aircraft’s payload capacity is classified, but the paper notes the value of its predecessor, the Northrop Grumman B-1B.

Furthermore, because B-21s can fly long ranges and use low-observable technology to penetrate China or Russia’s air defences, the stealth bomber has further cost-per-effect benefits.