Mitsubishi Heavy Industries (MHI) has acquired the CRJ programme from Bombardier and formed a new group of operating entities focused on regional aircraft service and support.

Mitsubishi Heavy Industries (MHI) has acquired the CRJ programme from Bombardier and formed a new group of operating entities focused on regional aircraft service and support.

The Japanese industrial company closed the $550 million purchase despite recently halving the annual budget of Mitsubishi Aircraft’s SpaceJet programme, a move that spurred questions about whether the CRJ deal would close. 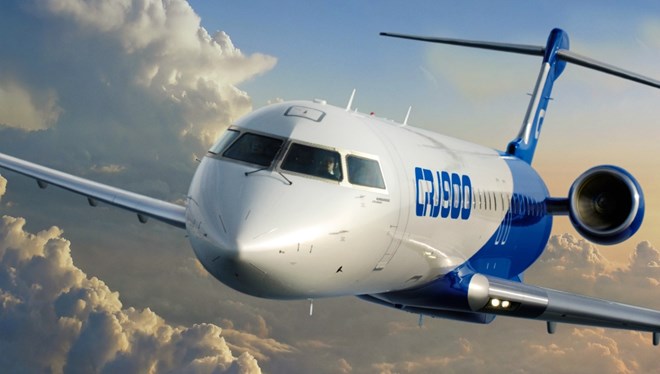 Bombardier expects to wrap up CRJ production in the second half of 2020. All CRJs in its backlog are CRJ900s, like the above aircraft, according to Cirium fleets data.

The deal includes services and support businesses and a broad swath of other CRJ-related functions, which now reside under a newly formed Montreal-based Mitsubishi business called MHI RJ Aviation Group.

MHI RJ also now owns Bombardier’s former aircraft services and support sites in the Canadian cities of Mirabel (Quebec) and Toronto, and in the US cities of Bridgeport (West Virginia) and Tucson (Arizona). It also owns former Bombardier parts distribution depots in Chicago and Frankfurt.

MHI RJ will provide a “holistic service and support solution for the global regional aircraft industry, including the CRJ series aircraft”, MHI says.

“There is new energy on board and our team is committed to serving the regional aviation market and becoming a platform for growth in the industry,” says MHI RJ chief executive Hiroaki Yamamoto.

Bombardier held outstanding orders for 15 CRJs at the end of March.

Airlines worldwide operate about 820 CRJs, according to Cirium fleets data.

Additionally, the CRJ’s certification expertise can help Mitsubishi Aircraft complete certification of its 88-seat M90, which is in flight testing, and of its in-development 76-seat M100.

MHI closed the deal despite recently saying it was halving the SpaceJet budget to Y60 billion ($558 million) for the fiscal year ending 31 March 2021.

Following that announcement, SpaceJet on 22 May said it is closing all non-Japan sites, including a Montreal office and a presence in Moses Lake, Washington, where M90 flight testing has been occurring.

Mitsubishi Aircraft is bringing all SpaceJet work back to Japan, where it has also been flight-testing the M90.

As part of the restructuring, Mitsubishi Aircraft also said it is shelving development of the M100, an aircraft designed to meet technical requirements of US regional carriers.

Story updated on 1 June to note Bombardier will continue producing spare parts and components even after CRJ production ends.