Embraer considers new partnerships for KC-390 after Boeing walks away

The company remains positive about the international sales prospects of the aircraft, despite losing the sales network of the US aerospace giant and a potential entry point into the US military market.

Embraer is exploring new partnerships for the KC-390 military transport after Boeing terminated its joint venture agreement with the Brazilian company in April.

The company remains positive about the international sales prospects of the aircraft, despite losing the sales network of the US aerospace giant and a potential entry point into the US military market, it says in a first quarter 2020 earnings call on 1 June. 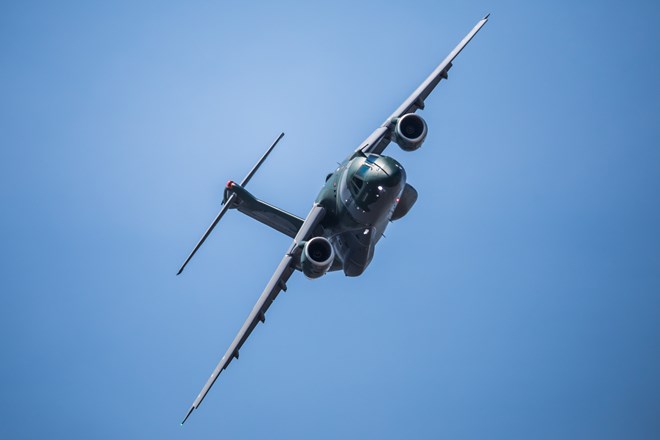 “The original business plan for the [KC-390] did not include countries such as the US, for example. So the market perspective remains positive for the [KC-390],” says Francisco Gomes Neto, chief executive of Embraer. “And of course, I mean here we also have opportunities for future partnerships. But at this moment, we are still in the process to evaluate alternatives and possible business models.”

Gomes Neto did not name potential collaborators for the KC-390, though China and India were mentioned as potential partners for the company’s commercial division. Partnerships with companies in those Asian countries could open huge regional airliner markets for the manufacturer’s E-Jets.

However, linking the production or sale of the Embraer KC-390 military transport to China or India could be tricky given fraught geopolitics. In particular, increasing Western hostility towards Beijing amid the coronavirus crisis and rivalry with the USA might make such a deal difficult.

The USA remains an important market for the Sierra Nevada/ Embraer A-29 Super Tucano light attack aircraft. Washington also has the ability to issue financial sanctions against countries who buy aircraft from nations it doesn’t like, a tool it has used hurt sales of Russian military aircraft.

Nonetheless, partnering with a company with strategic ties to a foreign government could help the sales of the KC-390 as deals for military aircraft often are influenced by local politics.

For example, the first international sales customer for the KC-390 was Portugal, a country which was formerly Brazil’s coloniser and whose local suppliers will be cut into the deal. Embraer says it started production of the first example of Lisbon’s five jets in late 2019.

The company has five KC-390 aircraft at different stages of production. It anticipates delivering two examples to the Brazilian air force by the end of 2020, on track with its first quarter projections. In 2019, the company delivered two KC-390’s to Brasilia.

Embraer’s defence and security business unit generated $149 million revenue in the first quarter of 2020, a 16.9% decline compared to the same quarter a year earlier.

The company’s financial performance across all its divisions, including military, commercial airliner, business jet and service units, fell 23% in the first quarter of 2020 to $634 million compared to the same period a year earlier.