SAS to defer Airbus deliveries as it overhauls business plan

Scandinavia’s SAS is to defer and review future Airbus deliveries and those from lessors, as part of its response to the coronavirus crisis, as it continues to pursue additional funding.

Scandinavia’s SAS is to defer and review future Airbus deliveries and those from lessors, as part of its response to the coronavirus crisis, as it continues to pursue additional funding.

The airline is drawing up a revised business plan which aims to bring SKr4 billion ($417 million) in improvements by 2022.

But it says it will need further funding to assist the recovery, and that this requires support from the Scandinavian governments.

Sweden’s and Denmark’s government are guaranteeing a SKr3.3 billion revolving credit facility, and the carrier is trying to enlist support from the Norwegian government, which sold its shareholding in SAS two years ago.

SAS says it is also holding “intensive and constructive discussions” with selected stakeholders on the recapitalisation scheme.

“This includes realisation of its key business priorities of necessary increased productivity and a continuation of the green transition,” it says. 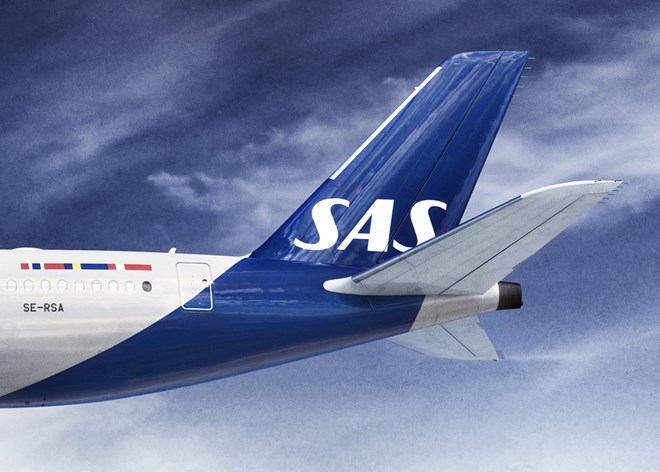 SAS will postpone new aircraft deliveries as part of its response

SAS intends to present a business plan to the market in June.

But it has already disclosed its intention to shed up to 5,000 personnel. It adds that it will be seeking productivity improvement of 15-25% in collective-bargaining agreements.

It will continue with “strict” cost-control measures, it says, with lower spending on marketing, IT development, product, and other areas.

“We plan to adapt the fleet size, through postponements and adjusted future deliveries of aircraft from Airbus and lessors until demand returns,” adds SAS chief executive Rickard Gustafson.

Over the second quarter to 30 April the company made a net loss of SKr3.47 billion, more than treble the loss in the same period last year, as revenues almost halved to SKr5.2 billion.

SAS says it expects the recovery in air transport to begin with increasing domestic demand, then European, followed by intercontinental. But it believes pre-crisis levels will not return until 2022.