The Australian Transport Safety Bureau (ATSB) has observed more safety incidents with the increase in aerial firefighting over Australia in recent years.

The Australian Transport Safety Bureau (ATSB) has observed more safety incidents with the increase in aerial firefighting over Australia in recent years.

In a statistic report, the ATSB notes a growth in occurrences between July 2019 and March 2020 than at any time during the previous 20 years. There were also two fatal accidents between August 2018 and March 2020, compared to just three in the previous 17 years. 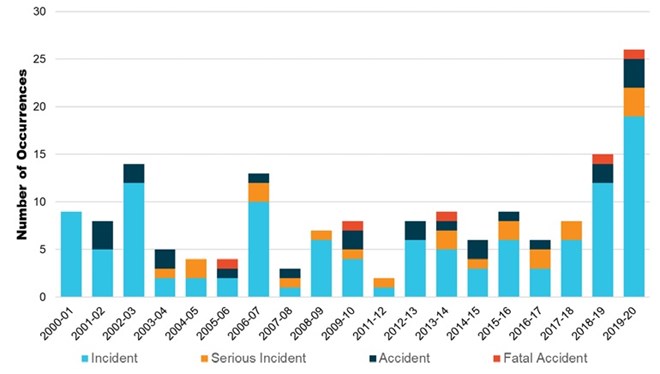 “Given the amount of recent bushfire activity in Australia [the 2019–20 season is estimated have around four times the aerial firefighting activity than other recent bushfire seasons], these results could be expected and probably do not indicate a significant increase in the risk per flight,” says the ATSB.

“However, it does indicate that the reported occurrences associated with aerial firefighting are probably increasing.”

The report does not refer to specific accidents, but a major accident occurred in February when a Lockheed Martin EC-130Q operated by Coulson Aviation crashed while fighting fires in New South Wales, kill three crew members. 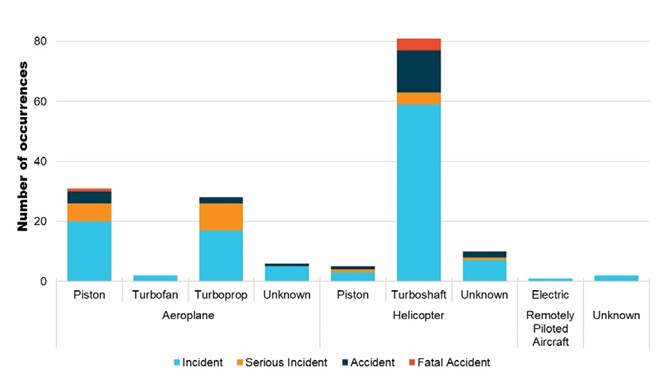