The US Navy (USN) has started the final test period for the Demonstration of Existing Technologies phase of its Next Generation Jammer Low Band (NGJ-LB) development competition.

The US Navy (USN) has started final tests of two systems competing to win the service’s Next Generation Jammer Low Band (NGL-LB) competition, which aims to develop a jammer for Boeing EA-18G Growlers.

Tests of systems developed by Northrop Grumman and L3Harris are part of that programme’s Demonstration of Existing Technologies phase. They are planned to run through summer at Naval Air Station Patuxent River in Maryland, says Naval Air Systems Command (NAVAIR) on 18 May.

The final period signals an approaching end of the 20-month competition. 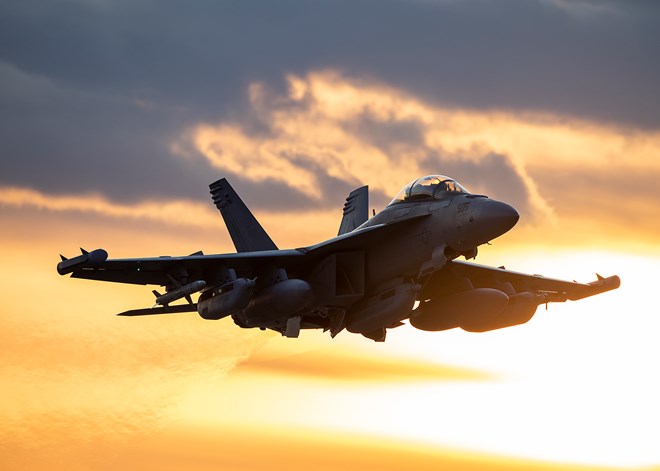 EA-18G Growler takes off from Nellis Air Force Base

Two Demonstration of Existing Technologies contracts were awarded in October 2018, one to Northrop Grumman and one to L3Harris. Each company’s low-band jammer has since completed “significant test events,” says NGJ-LB deputy programme manager Leon Smith.

The NGJ-LB is housed inside a pod and carried under an aircraft’s centreline or a wing. It is intended to disrupt, deny, degrade, and deceive enemy air defences, such as radar-guided surface-to-air missiles, as well as ground-based communication systems that operate on lower radio frequencies, says the USN. It is a partial replacement to the ALQ-99 Tactical Jamming System currently used on the EA-18G electronic attack aircraft.

Raytheon won the competition to develop the AN/ALQ-249 Next Generation Jammer Mid-Band. The system was to enter flight testing this spring.