The US Air Force is asking for engine proposals for its Boeing F-15EX programme, just a few months after it said it would grant a sole source award to GE Aviation for 480 of the company’s F110 jet turbines.

The US Air Force (USAF) is asking for engine proposals for its Boeing F-15EX programme, a few months after saying it would grant a sole-source award to GE Aviation for 480 F110 jet turbines.

The USAF received pushback on its sole-source plan from Pratt & Whitney (P&W). That company’s F100 engine powers the service’s fleet of legacy F-15C/D and E fighters. 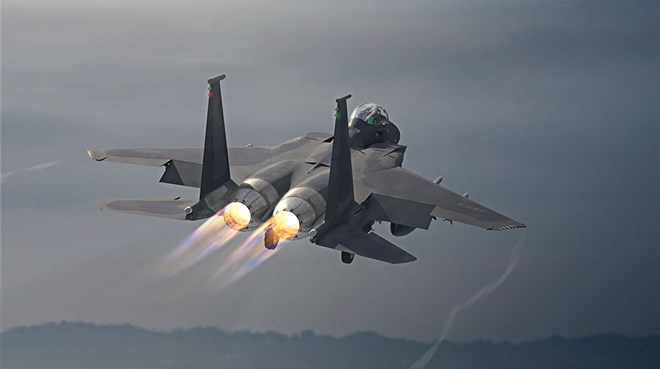 The air force initially planned a sole-source acquisition of GE Aviation’s F110 because P&W’s F100 was reportedly not certified for the EX model, thus integration and evaluation of the engine on the fly-by-wire fighter would have slowed acquisitions.

The USAF declared it was pursuing a sole-source contract with GE Aviation in January, but formally rescinded that effort on 23 March, according to a notice posted online.

The service is now asking for competitive bids to supply 461 engines for the F-15EX, according to a request for proposal posted online on 15 May. It wants delivery to begin by June 2023 and anticipates production would run through 2030.

The F-15EX is to replace the USAF’s aging F-15C/D aircraft. In 2019, the service decided to buy the fourth-generation F-15EX instead of the more-sophisticated fifth-generation Lockheed Martin F-35. The service said the F-15EX has a lower cost per flight hour, might be able to carry lengthy hypersonic missiles under its body and could be quickly adopted by squadrons due to similarities with the USAF’s outgoing F-15C/D.

The twin-engined F-15EX is a modified version of the “Advanced F-15” that Boeing manufactures for Saudi Arabia and Qatar. That aircraft comes with an enhanced cockpit and sensors. It is not currently part of the USAF’s inventory.

The USAF has 239 F-15C/D variants in operation, according to Cirium fleets data. The service has talked about ordering 144 F-15EX, though the request for 461 engines may mean the scope of the programme has been enlarged. F-15C/Ds that are not replaced by the F-15EX could be modernised, the USAF has reportedly said.

With the USAF planning to buy dozens of the aircraft in the coming years, Boeing is using the extended F-15EX production run to pitch the fighter to foreign nations. In February, FlightGlobal reported that the company was thinking of pitching the F-15EX for the Indian air force’s requirement for 110 fighters.